The hills of Savona 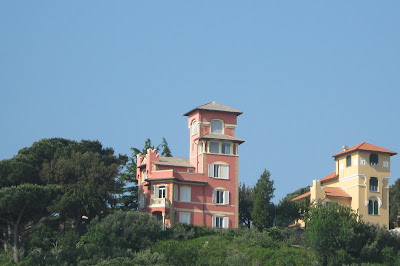 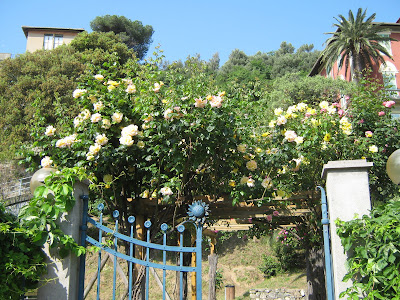 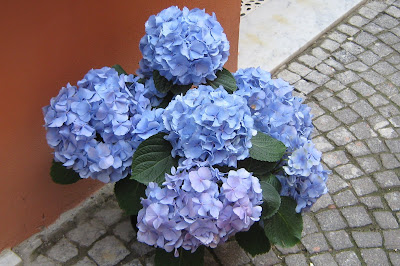 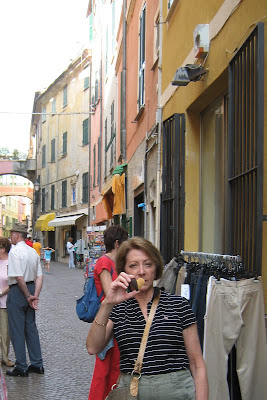 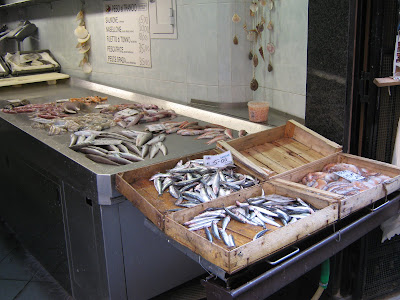 May 17 Savona
The next morning we had a continental breakfast at the hotel, including a machine that made lattes and cappuccinos. We walked along the street that fronted the sea but the view was blocked by bath houses that had restaurants, changing rooms, and beach chairs. We took a walk along the sea wall, enjoying the views of the sea, the birds, and the local architecture.
We walked in the narrow alleys that were filled with shops: food, home décor, apparel, lots of children’s wear, toys, and beach gear. I felt it was my traveler’s duty to taste the cookies, hearts with chocolate icing. We took our books to a café and read and people watched. There were a lot of babies!
We took a taxi to the ship. We had to wait a few hours before boarding. The Costa terminal was quite comfortable and we had Panini sandwiches as we waited. Of course the nesters unpacked immediately after boarding. We had a very unorganized “muster” on the deck. A French man flirted outrageously with Linda even though his wife was right there. We heard very little English being spoken. This was our first clue that English speakers were a definite minority of the passengers. Much later we found out that of 1800 passengers, 150 spoke English.
At dinner we met our table mates. The seating is by language. Werner and Joanne are from Michigan. They’ve been married 40 years! Werner is a tall, good-looking American businessman (automotive paints) with strong opinions. He’s been going on cruises since he was 16. He prefers the days at sea. Joanne is a slender, pretty woman who was a fifth grade teacher and homemaker and shares my love of reading. They have two adult Korean children. Angelo and Butch are friends from Texas. Angelo is perhaps 70, bald, a semi-retired priest who lives at a retreat and Butch is a deacon ( a priest who’s married.) His wife had to cancel her trip at the last minute as they have new foster kids, twin twelve-year old boys. I had a great salmon steak, but Linda’s veal was almost inedible. Luckily the appetizers were great.
That night we went to the entertainment. It was an illusionist who said everything in five languages: French, Italian, English, Spanish, and German. The show was satisfactory but not impressive. After the show, the ship’s activities director, Daniela, spoke to us. Her screaming voice after each show drove Linda up the wall.
Posted by A Penchant for Peru at 5:24 PM